"The Book Thief" By: Markus Zusak : One Of My Favorite Books Of All Time 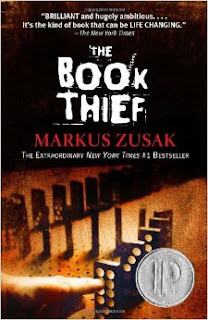 Aaaaaaaah I loved this book so freaking much!!!!
"The Book Thief" by Markus Zusak is most definitely one of my favorite books I have read so far this year and probably one of my favorite books of all time!
This story is set during World War II in Germany and follows a girl named Liesel Meminger, a foster girl who is living in Munich with her foster parents Hans and Rosa Hubermann. Since she is now all alone in a place foreign to her, she finds comfort through books and because of them she finds out how powerful words are. With the help of her accordion-playing foster father, or Papa as she calls him, she learns how to read and her love for reading and need for more books grows. She starts to steal more and more books, and so the title book thief was given to her. Not only do Liesel's books comfort her, but she reads them in the bomb shelter during the bomb raids in order to comfort others. She also reads these books to the Jewish man hidden in their basement as well. This book puts an emphasis on the power of books and words, and it's such a powerful, beautiful story!
This story is different than any other story based on World War II because you mainly see the perspective of a German girl, but you also get a glimpse of what it is like to be a Jew in Nazi Germany as well. We see in this book that not all of the Germans agree with Hitler and that not all Germans are bad. The German people in the town of Munich meet Death many times, because of air raids, war, and even starvation.
The narrator of this YA novel based on World War II is also very unique because the book is told by Death. However, in this book, Death is more like a friend than an enemy, because Death carries people away very gently and genuinely. Death makes it clear that he doesn't choose who dies, or when or where they die, and that he is merely just a result.
Death also leaves you little Easter Eggs containing little hints of what is to come next in the book. However, Death doesn't spoil anything or give you all of the details. This makes you want to read to the end to find out how these events will occur. Death knows all and sees all, even the destruction humans cause amongst themselves.
The author also includes many bolder sections that include lists, the thoughts of Death and even definitions and translations of German words. This allows the reader to have a deeper understanding and to have a deeper connection with the story.
This story had very heartfelt moments with the friendships between Rudy and Liesel, Hans and Liesel and Max and Liesel. However, it had a lot of tear jerker moments that broke my heart, because of the war.
This book was honestly so amazing, life-changing, eye-opening, heartbreaking, but overall beautiful and I recommend it to everyone, whether you like history or not!
My Rating: 5 Out Of 5 Paw Prints

Posted by Jordan Nicole at 8:41 PM 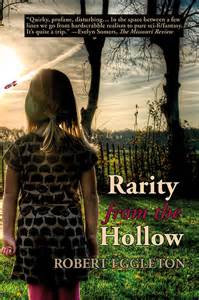